During early discovery, I looked into medicinal marijuana.  I’m all about silver linings.  You never want to miss a good opportunity.  Honestly, I was researching erectile dysfunction and the linkage to medical marijuana came up.  I can’t tell you how dirty my browser history is.  You go a couple of weeks googling “prostate this” and “prostate that”.  See if you don’t end up on an NSA watch list.

Back to point.  Regular smoking of cannabis, as in daily usage, leads to E.D.  THC impacts the function of cannabinoid proteins.  Messing with the cannabinoid proteins in your brain makes you stoned.  Messing with the cannabinoid proteins in your johnson can lead to either premature ejaculation or the inability to maintain an erection.  The point is, there is no silver lining.  I’m trying to stay positive here but it’s been nothing other than a slow fucking rape.  So far I count four digital rectal exams.  That loosened me up for a biopsy machine via my rectum.  And once I was thoroughly loosey goosey, they began penetrating my penis with probes.  Next, they intend to tunnel in through my belly button.

This story begins with the blood work a gentleman is obliged to undertake when he reaches fifty years of age.  I pushed the boundary a tad by waiting until I was fifty-one.  I had been waiting for the general acceptance of a blood test that would replace the dreaded colonoscopy.  About the same time however the efficacy of a promising blood test was brought into question by the medical establishment.  I would soon learn there are far worse “oscopies” to fear.

I visited Dr. Tusek (he has an office in my neighborhood) on August 20th, 2013 for my first blood work, along with my first digital rectal exam.  Another thing I had been hoping to avoid with the advent of some new medical breakthrough.  I now understand the tactile benefits of the finger probe.  The surface of the prostate should be smooth to the touch.  A seasoned doctor can easily feel small bumps which indicate cancer.  I checked out fine and scheduled my colonoscopy.  I completed that procedure, with great results, before returning to Dr. Tusek to review my blood test results.  Drinking the prep solution the day before the colonoscopy truly is the worse component to that experience.  Especially considering they drug you with something that erases your memory of the event.

I walked away from my review of the two dozen or so serum and protein test results thinking my biggest concern was a vitamin D deficiency.  Dr. Tusek’s recommendation for 10,000 IUs seemed excessive considering you can’t buy Vitamin D over the counter in capsules larger than 5000 IUs.  He was also concerned about my PSA results.  I scored a 4.1.  The acceptable range is 0.0 to 4.0.  Dr. Tusek explained to me I could schedule a prostate biopsy, but that such biopsies aren’t trivial and this particular measure of proteins in my blood could be skewed by a long run I did the day before.  I scheduled a do-over for December and didn’t think much of it.  Oh, and my testosterone results were on the high end of the established range.  Booya!

I took the second test on December 20th, and reviewed the results with Dr. Tusek on January 7th, 2014.  This PSA reading was 4.4.  Not only is this higher than my initial score but it indicates an undesirable rate of change – PSA Velocity.  I scheduled a consultative visit with my Urologist for January 10th – Friday of the same week.  Dr. Webster, of Alpine Urology in Longmont, used this session to set my expectations for the biopsy.  Oh, and his nurse collected a urine sample.  You will never leave the office of a bonafide Urologist without also leaving behind a urine sample.  Even if you are only there to pay a bill.  Dr. Webster was thorough, meaning yet another digital rectal exam.  He also completely advised me of the potential side effects to biopsies and why some men don’t risk the procedure.  I scheduled my prostate biopsy for the following week on January 17th.

I’ve written on some of these earlier events in my running blog.  This link will filter those stories under the “medical files” category.  Suffice it to say, the biopsy is not painful, but it is extremely uncomfortable.  I couldn’t run the next day but did snowshoe on Sunday.  The blood in my urine cleared up by the next day.  As far as I know I might still have blood in my semen.  I’m told it takes about twenty ejaculations to fully clear.

I reviewed the biopsy results with Dr. Webster on January 23rd, wherein I learned I have an early-stage, slow-growth cancer.  Of the twelve biopsies, two show carcinoma and two are suspicious.  The two carcinomas are clinical stage T1c which implies early stage, and both have a Gleason score of 6 which indicates slow growth.  Dr. Webster reviewed my treatment options which include active monitoring, radiation and surgery.  Some sort of cryo-freezing procedure is technically an option too but he didn’t support it.

Active monitoring is an option with the Gleason score of 6.  But it would require quarterly digital rectal exams and annual biopsies.  I can’t live like that and did not consider it a viable course of action for myself.  There are two forms of radiation treatment.  They have formal names but I’m not a doctor.  One is internal with beads or seeds.  I’ve also heard the term pellets.  These radioactive seeds are inserted into the cancerous prostate tissue and left there to rot.  The other form of radiation treatment is external and administered with a death ray gun.  This requires five or six weeks of daily therapies.  Like I have that kind of time.  The final option is of course surgery to remove the prostate.  A prostatectomy.

Dr. Webster ended the session by suggesting I seek a second opinion.  He also made it clear, as a surgeon, he advises surgery.  We met again for another consultative visit on February 7th, after I had some time to think about my options.  This did not give me time though for a second opinion so I refrained from making a commitment to surgery.  He retaliated by giving me my 3rd digital rectal exam.  I got in some good questions though to further establish my expectations on post surgery recovery.  I was more knowledgeable after having talked to two others with prostate cancer, along with my father-in-law who is a retired medical doctor.

Talking to others made me considerably more informed.  I spoke to an older friend who had external radiation therapy.  The cancer disappeared for five years and then returned much more aggressive.  He now needs hormone therapy which is essentially chemo.  I learned from him, and also the doctor from whom I eventually get a second opinion, that certain initial treatments can rule out specific subsequent treatments.  I further learned of the experience of another friend, now deceased, who had the internal radiation.  He had good results but died soon after from a heart ailment.  The best discussion was from a total stranger, a friend of a friend, who underwent the prostatectomy.  He is my age and in similar health as a serious recreational, masters class athlete.  He was clearly disappointed that he still has Erectile Dysfunction a full year later – for which he is attending physical therapy.  He was able to return to exercise after three months.  I’m so very grateful to this guy, whom I totally cold-called, for sharing his experience with me.  If anyone has questions for me, this blog takes comments anonymously.

I finally received my second opinion on February 28th, 2014 by Dr. Ronald Rodriguez from the UT Health & Sciences Center in San Antonio, Texas.  I mentioned my father-in-law is a retired endocrinologist.  He suggested this urology oncology center.  I didn’t know what I needed exactly in terms of a second opinion.  I had no reason to doubt my original diagnosis and was fairly comfortable already with my decision to elect surgery.  This is due diligence though. Talking to Dr. Rodriguez was simply amazing.  He gave me so much more information than I’d learned to date from all the online discovery and interviews of previous cancer patients.  He told me of interesting correlations.  Most importantly, he re-evaluated my biopsies.  He ordered them from the lab that performed them – AmeriPath.  He determined one of my suspicious biopsies was in fact another T1c carcinoma with a Gleason score of 6.  And that one of my carcinomas was actually a Gleason score of 7.  Apparently cancer scoring is a subjective art.

Dr. Rodriguez explained how this changes my treatment options.  Active monitoring is no longer an option with Gleason 7.  And I forget why but he advised against external radiation.  Plus he advised against internal radiation suggesting certain techniques would not work well for one of my carcinomas based on its location.  Essentially he confirmed my choice for surgery.  He did downplay the apparent advantages of robotic surgery.  He explained how manual surgery provides a tactile edge over the robotic visual superiority in terms of completely removing hard to reach cancers that are growing into other areas.  In his words, robotics have a higher rate of positive margin.  But robotics lower the bar allowing more surgeons to perform more operations beyond the confines of the larger medical facilities.  He suggested my surgeon should have performed a minimum of 50 robotic surgeries, but also supported my preference to use my Urologist over some hired gun.  The benefit being able to maintain an ongoing dialog with my surgeon since he is also my Urologist.  As I got up to leave he conducted my fourth digital rectal exam, with a hernia inspection for good measure.

I then scheduled my prostatectomy for April 2nd.  I hate to admit this but I took my work schedule into consideration.  I have a project with a key date for deliverables due at the end of March.  My surgery will be proceeded by a cystoscopy (AKA medieval penis torture) on March 21.  Looking forward to that.

Reblogging this post at this site since it is really part of the story. 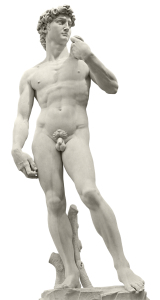 Forgive the title.  I want to be clear up front on the following content.  I held off blogging about this until I talked to my mom to give her a heads up.  Since she reads this blog, I have to be fucking careful about what I write.  A blood analysis last fall indicated an elevated PSA level .  I elected to take a second reading a few months later rather than proceed directly to a prostate biopsy.  Do-overs are standard policy in my book.  Unfortunately the second test didn’t work out in my favor.

In case you’re interested because you expect a prostate biopsy in the future, the following is my experience.  I can tell you this is not some cavalier test.  Without even taking medication, simply having the procedure has potential side effects.  I find the risks acceptable, major inconveniences though for sure.  I can see not every guy… 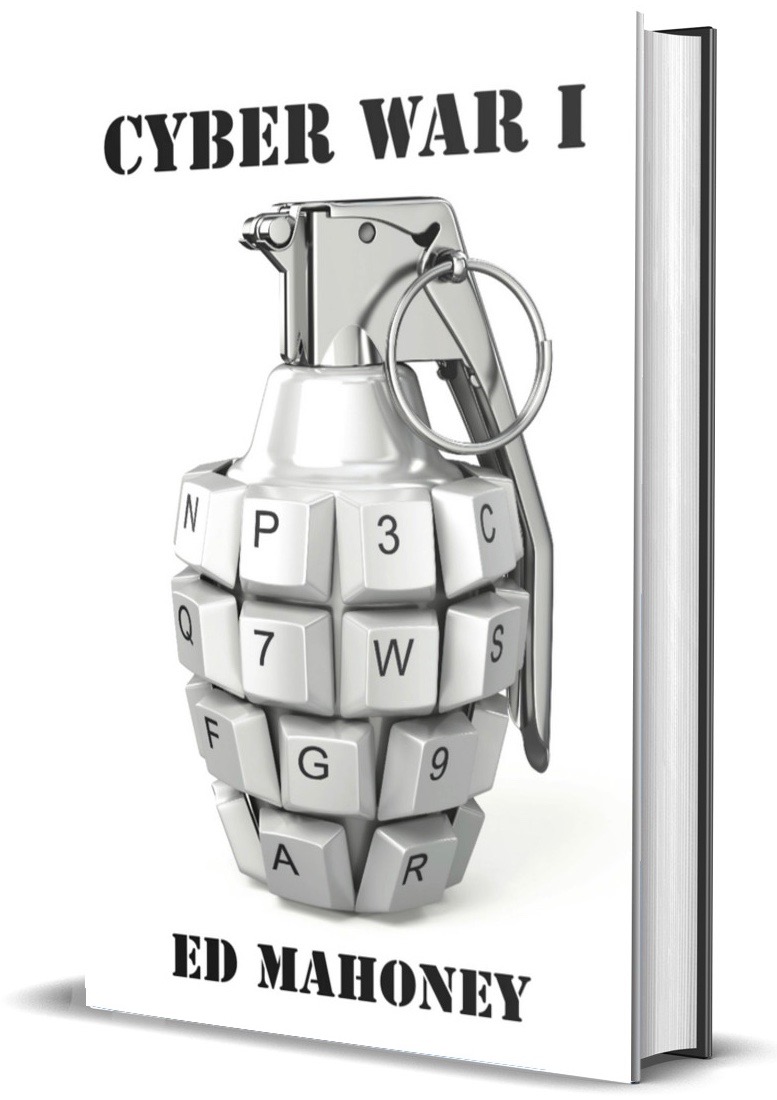